Due to the lack of demand for Picture Arena and a much different market situation for photo management solutions compared to when Picture Arena had originally entered the market, I've decided to abandon all plans to develop new versions of Picture Arena for the time being. Picture Arena will stay available through the Picture Arena Website, so those in need of a license can get one.

I've not made that decision light-heartedly, but after carefully considering all of the pros and cons, I believe it's the right and only responsible decision.

There's the changed market situation (Adobe®, Apple® and Microsoft® entered the market), the low demand for Picture Arena in general (in 2007, less than 3% of the sales at IOSPIRIT were Picture Arena sales; development costs have never been recovered to date), the fact that no sufficient amount of time is available for intense Picture Arena development (all of my time is currently going into Remote Buddy's development and taking care of my obligations as IOSPIRIT's CEO) and lots of work would have to be done before new features can be added (stabilize the new core framework I've been working on for over a year, rewrite all user interface and database code to use modern Cocoa APIs and the new core framework - Picture Arena is all Carbon-based currently).

A lot of additional time and money would have to be put into the development of future versions, while it has little to no chance to sell any better than before because of the market situation. The problem with saturated markets is this: unless the existing solutions are totally miserable, you'll need to pump a lot of money into promotion efforts to raise awareness for your product. Plus nobody who is relatively satisfied / has arranged with what he has will seek for alternatives by themselves or switch from a solution he's already comfortable with using. In this case, none of the available solutions on the market are really miserable, one of them ships for free with every new Mac® and all competitors have a huge amount of money and manpower available to them that they can pump into promotion and development efforts. That's not exactly a good position to start from.

Some of you may wonder what has happened to Picture Arena since its last public release in November 2005. The answer is: a lot. I've developed a new, Cocoa-based framework that eventually should become the basis of future versions of Picture Arena. By now, it can handle all relevant color spaces (RGB, CMYK, ..), is fully color managed, offers fine grained control for loading, saving and manipulating metadata, completely abstracts the filesystem, is entirely thread-safe, integrates efficient APIs for working on image data from multiple threads at the same time, embeds a thread-safe SQLite-Cocoa wrapper, a highly efficient, transactional, but very simple database engine of its own, runs on both PowerPC- and Intel-based Macs, offers memory- and CPU-efficient links to Quartz, Core Image, ColorSync and more. I've also worked a lot on Picture Arena's user interface, localizations and the editing tools available in Picture Arena.

Yet, stabilizing that private build and bringing it in a state where a public upate can be created from it would still require a considerable amount of time. Please don't ask me for a copy of the private build, as I won't hand out software that has known stability issues. I have attached a few screenshots of the private build for public consumption, though. And while I won't exclude the possibility that I'll find the time to finish that last update to Picture Arena at some point in the future, I can't promise it, which is why, for the time being, officially version 1.3.5 of Picture Arena is the last release of Picture Arena. 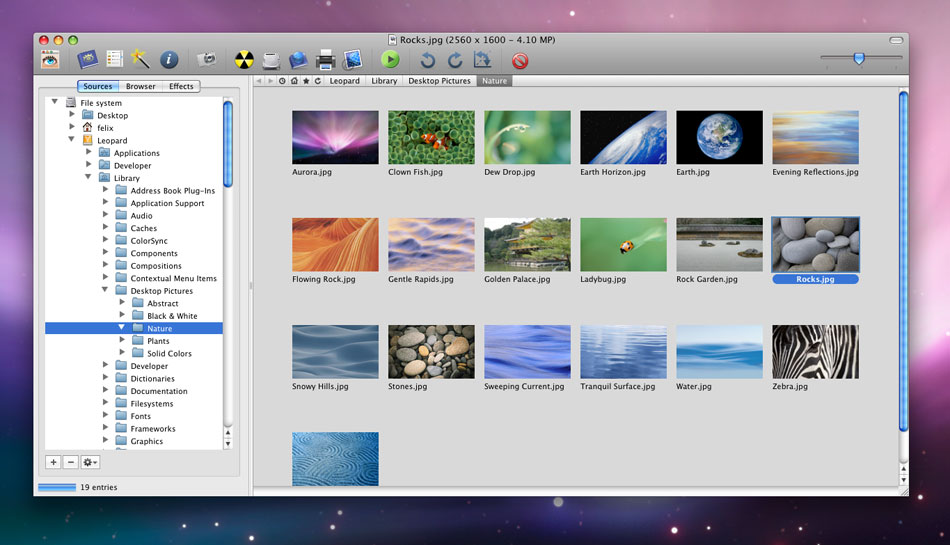 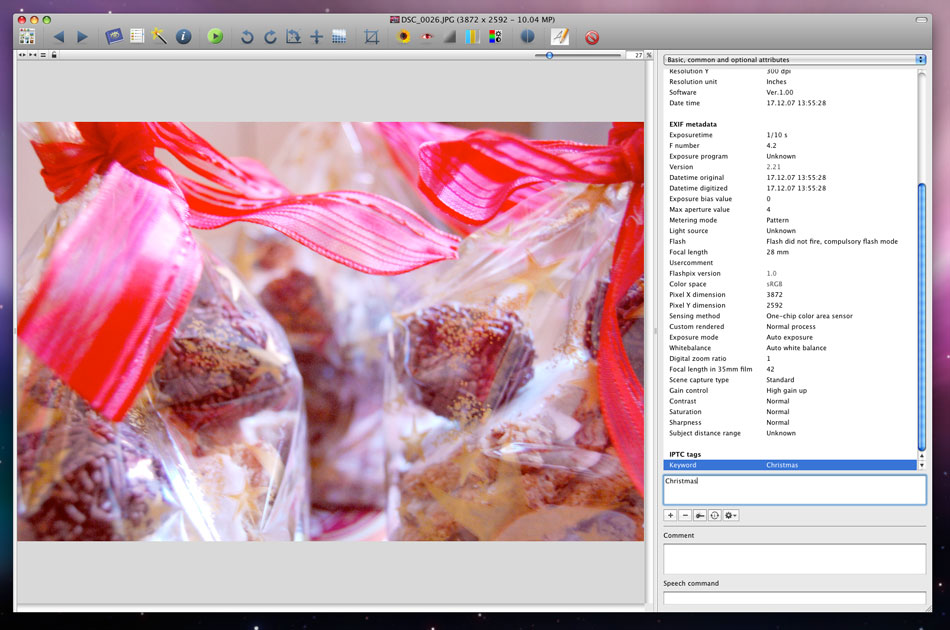 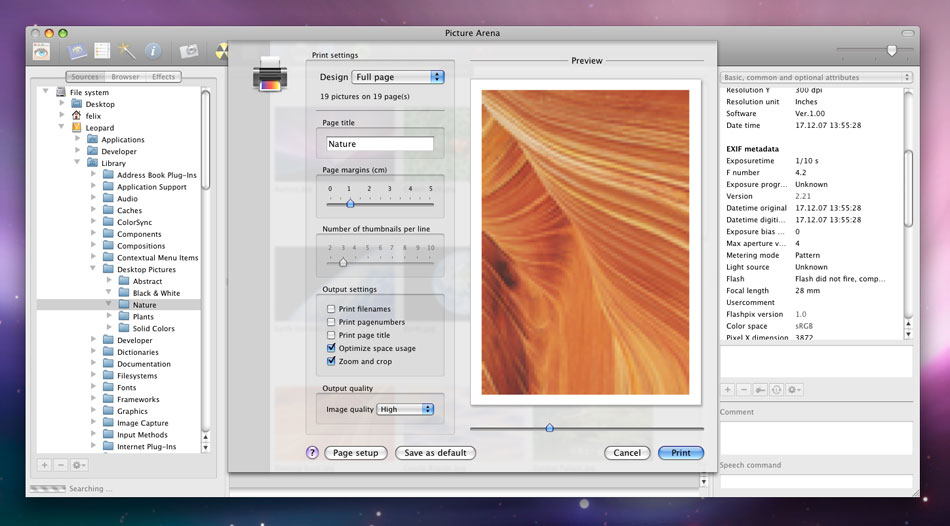 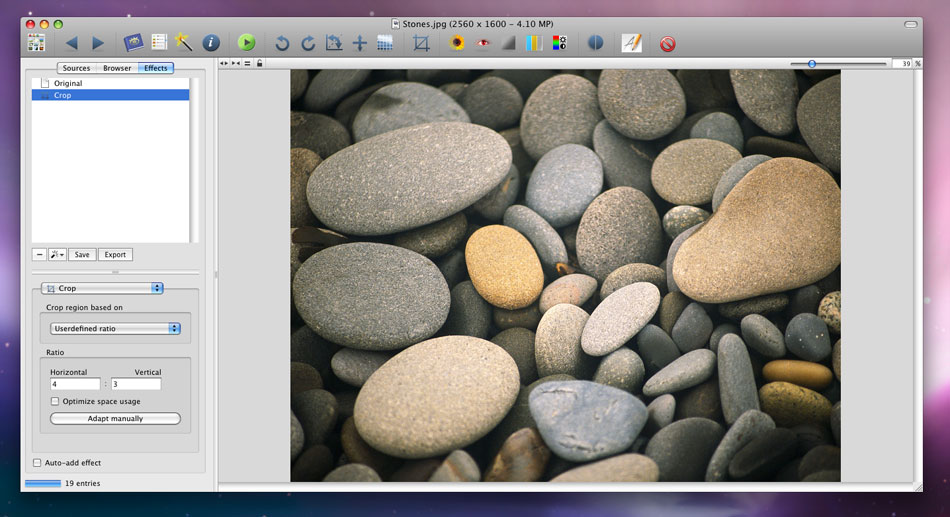 While the development of Picture Arena has officially ended for the time being, the development of Remote Buddy couldn't be any more active. Remote Buddy has covered its development costs and generated profit since the day of its release and is by now the product at the heart of IOSPIRIT. It has brought IOSPIRIT an amazing second half of 2006 and an even more amazing 2007. Looking at the (secret) roadmap for 2008, I see frequent updates to Remote Buddy and a lot of extraordinary gems being part of them. The next update to Remote Buddy, which - among other things - features a set of completely new drivers and fixes the few remaining glitches when used under Leopard, will of course be a free update and is out soon.

Update: Since support for Picture Arena is no longer available, its sale has been discontinued.