On the new AJAX Remote App 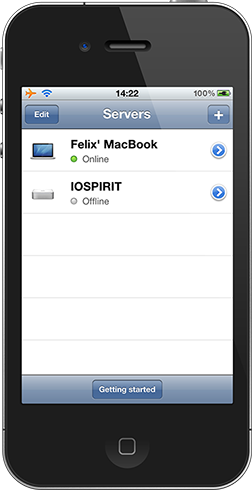 In July 2008, Apple® released their "Remote" app for iTunes®. It was the first app in the App Store and covered most of the functionality that AJAX Remote's very popular music module had offered. The day after Remote's debut and after receiving lots of emails asking about AJAX Remote's future, I determined that the best way to address the situation was by blogging about the current state of development and what my plans for it were.

Unfortunately, sometimes things don't work out as originally planned. Unpredictable events occur. Outer circumstances change. Or you run into roadblocks that you didn't see coming - without prior warning, at full throttle.

After having spent several years of my life working on this project, I'm incredibly sorry to announce that the fully native AJAX Remote client has met this fate.

As it turned out late in the client's development, Remote Buddy's current internal menu system structure isn't fit for being wrapped into a native iOS user interface. I've spent a lot of time and effort trying to work around that issue, but in the end had to come to the realization that there is no satisfactory way to work around it.

Since I did never stop working on improving AJAX Remote, today's version is already way better than its 2008 counterpart. Just to name a few: responsiveness has greatly improved across the board, there's a new gesture based remote - and the interface has seen several refreshes.

Compared to a native app, there are, however, a few things that the AJAX Remote web app can't achieve for technical reasons: simplified setup that leverages Bonjour, waking a sleeping Mac via WOL (wake on LAN) - and storing the password in the keychain.

The AJAX Remote App that's now available fills these gaps. And, for good measure, it also let's you choose a module (like f.ex. the Remote or Music module) that's opened for you automatically, right after login. This, by far, has been the most frequently requested feature addition to AJAX Remote. I would also like to mention that the AJAX Remote App is capable of not just waking your Mac via WOL (which, under Lion, leaves the display turned off), but also wakes up your display when logging in to Remote Buddy's AJAX Remote.

Although the AJAX Remote App is not the fully native AJAX Remote client I had originally planned and that many of you may have hoped for, it's a vast improvement over the previous status quo.