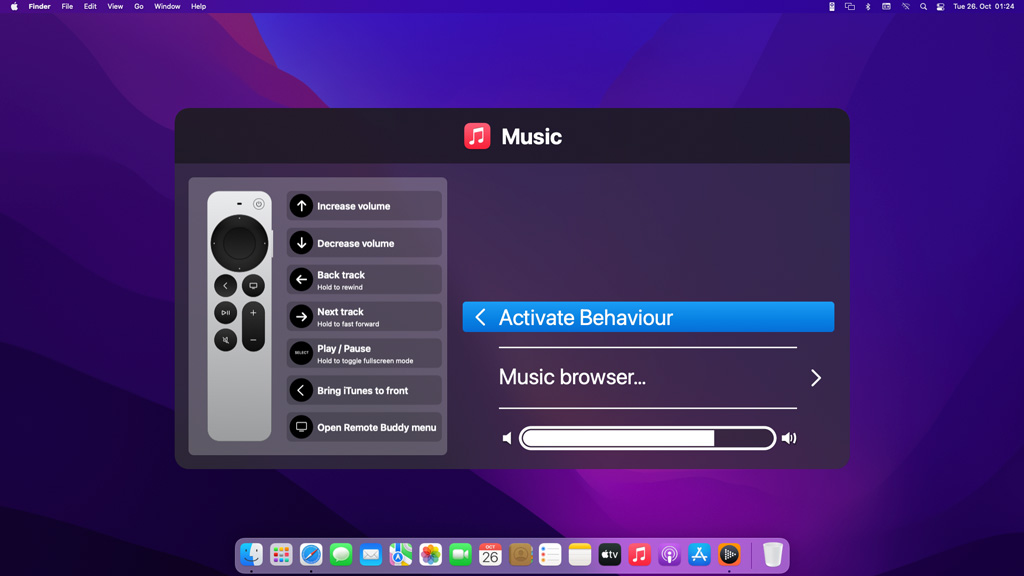 Remote Buddy 2.1 is an update to make the app compatible with macOS 12 Monterey.

During compatibility testing, we found the following remotes to be currently not supported by macOS 12 Monterey:

We filed feedback with Apple on this (FB9723774) and hope that Apple will bring back support for these devices in a future macOS update. For now, we have added warnings to the respective devices' hardware pages.

Web video control has been adapted to the latest Netflix changes, so that jumping +/- 10 seconds now works again. Also, the Play/Pause action has been improved to integrate with Netflix's own playback state tracking.

We have performed limited tests controlling apps as time permitted and will continue testing in the coming weeks, as app updates for macOS Monterey are released by their respective vendors. Please let us know if you run into any issue.