Since it's release, Remote Buddy Display has made a considerable splash in the media and in living rooms around the world. It has been widely received as one of the most innovative Apple TV apps available and highlighted the potential of this little new box as a platform for apps beyond just games and on-demand video.

To an indie like me, who often works months in a vacuum between releases, recognition on that scale really means a lot. Thanks everyone!

Virtually every article on Remote Buddy Display mentioned it - and a lot of people also asked about it directly: the lack of audio support in version 1.0.

No more: version 1.1 ships with audio support! You can now see, hear and control your Mac with your Apple TV and Siri Remote.

The way this works is that Remote Buddy Display automatically selects your Apple TV as your Mac's System Audio Output when you connect - and restores the previous selection when you disconnect or leave the app.

After considering the alternatives, building on this existing OS X feature stood out as the best option: the technology is proven, mature and available now - whereas a new kernel audio driver would have required significant resources for development and testing - without any immediate benefit.

tvOS 9.2 added the ability to connect Bluetooth keyboards to the Apple TV - and Remote Buddy Display 1.1 is taking full advantage of that: any text you type on a connected keyboard during a session is now sent directly to your Mac - including most key combinations!

OS limitations still apply, though: since tvOS only provides a filtered subset of keyboard events to apps, and provides no means of determining exactly when a keypress started and ended, time-sensitive key combinations like Cmd+Tab (for switching apps) may not be fully usable. Also, tvOS generates no events at all for stand-alone Shift, Alt, Command and Control key presses, so these only work when combined with an other, alpha-numeric key.

For this update, I also created an App Preview video for Remote Buddy Display that shows most new features in action: 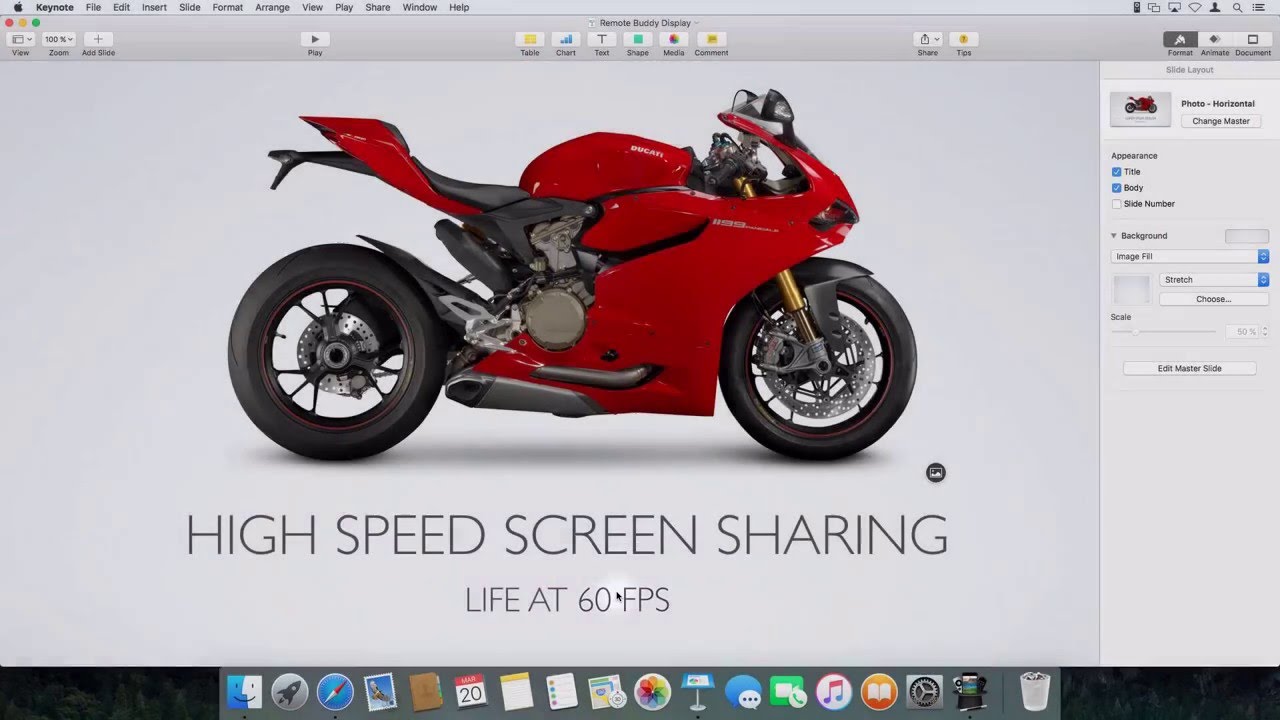 Being just 30 seconds, this was an entirely new format for me. If you're interested, you can read more about my process and what I thought about and learnt in the creation of this video in my first Medium post: 7 things I learnt creating an App Preview video for Apple TV.

More in the pipeline

Remote Buddy Display is not the only Apple TV-related project that I've been working on for a while. If you want to be among the first to know when I take the veils off the second project, please consider signing up for the newsletter and following @remotebuddy on Twitter.